byZuza Roguska January 22, 2022 0 comments
HomeAnimals and Sleep How Much Do Dogs Sleep? 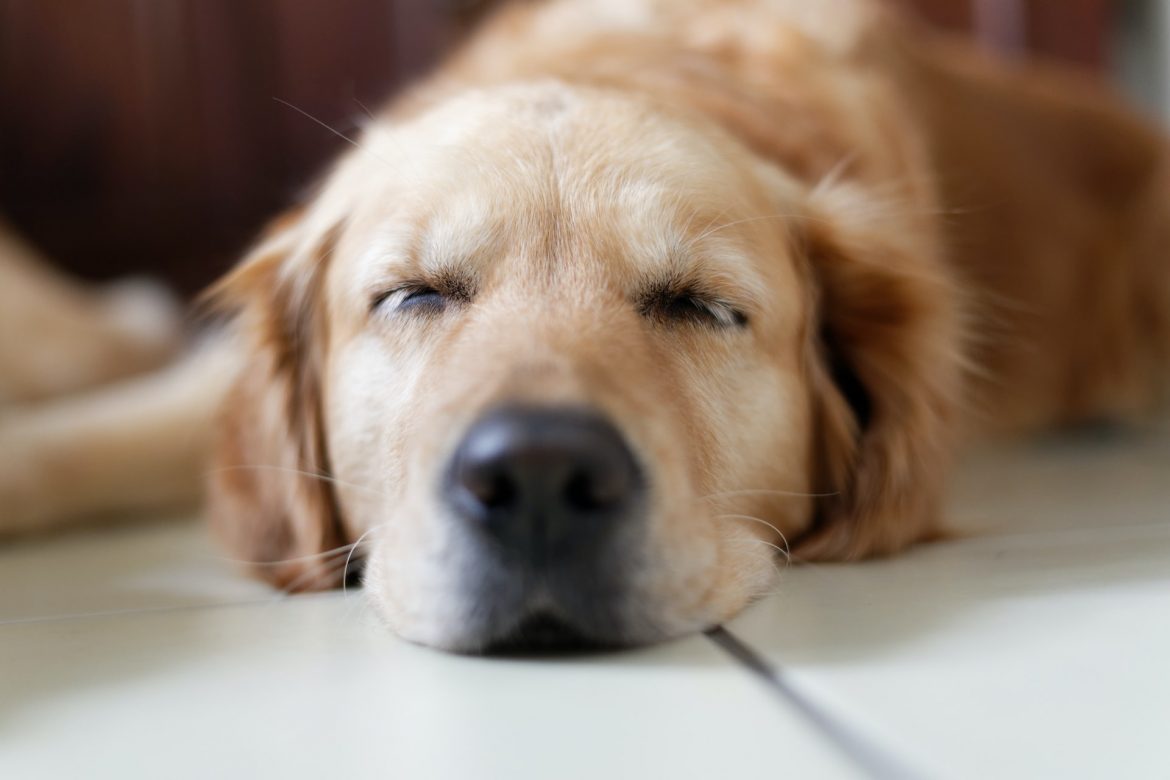 Dogs are amazing creatures and our best friends. I’m sure you want your pet to be healthy and thrive. You may have wondered how much sleep is enough for your dog, as sleep duration can be an indicator of health problems.

There are several factors of how many hours of sleep a dog needs every day. Dogs, like humans, may require more or less sleep based on their age, health, location, and lifestyle. It’s easier to comprehend your own dog’s sleeping habits and identify any changes or issues for concern after learning more about how dogs sleep.

How Long Do Dogs Sleep?

On average, most dogs sleep for around half of their day (nearly 12 hours in 24 hours). Puppies, big breeds, and older dogs may sleep more often, whereas small breeds and working canines may doze off less frequently.

Dogs will spend another 30% of their awake hours doing what I refer to as “loafing.” Like humans, loafing is when a dog is awake but not really accomplishing anything—simply hanging out. Lying around, observing the world go by, and generally resting is among the most typical ways dogs pass their time.

Why Dogs Sleep Need That Much Sleep?

Sleep is highly vital for dogs. They sleep far more than people do. They fall asleep when their bodies tell them it’s time to do so, unlike people who are regularly busy and don’t always heed the signals from their bodies.

You may see that your dog does not go into a deep sleep for long periods like you. That’s due to their shorter sleep cycles. They nap frequently, and they’re considerably more sensitive to noises and motion than we are.

Dogs spend a significant portion of their day sleeping or resting. Apart from the fact that they sleep for fewer REM periods than people, dogs are also balls of excitement when they are active. It’s common for dogs to sleep more than 8 hours each day as a way to recharge their batteries.

How much sleep do dogs need?

Most dogs indeed require more than 8 hours of rest. Adult humans typically sleep for around 7 to 9 hours. Still, most dogs need as much as human infant toddlers, who require 10 to 13 hours of sleep a day. The average can differ from breed to breed, although most adult dogs sleep for between 8 and 13.5

Sleeping and resting are the most common activities for dogs. Aside from sleeping less than humans, dogs are balls of energy when they’re engaged. So it appears only fair to them that they recharge their batteries by sleeping more than eight hours a day.

How do animals sleep?

A puppy’s typical sleeping duration is 18 to 20 hours per day. Their sleep pattern and duration gradually deteriorate as they get older.

The tiny balls of fluff sleep more during the development period. This is necessary for their overall growth. Concluding, you should not be concerned about your dog’s excessive sleeping. All they’ll do throughout this time is play, eat, and sleep.

Dogs of all ages sleep for a shorter amount of time than puppies. They’ll nod off for 8 – 13.5 hours, or around 10 hours each day.

Regardless of their size, dogs generally get up early and are roused way before us. By noon, when we are caught up on our work, they’ll be sleeping, which is when we wonder, “how long do dogs sleep?” But the fact is that they’ve already had a power nap to recharge themselves.

When your dog reaches the age of 5, they become geriatric. Dog years are not equal to human years, and everything moves faster for them. As a result, your dog may sleep more as he or she grows older.

On average, the majority of senior dogs sleep for around 16 to 18 hours each day. It’s more of resting than sleeping since it’s just natural to all of us as we become older. When a dog becomes old, the battery levels fall, and they simply want to sit in a warm location and unwind.

Some dogs may appear to sleep all day, yet there is nothing wrong with it. Each dog has its own set of requirements. For example, some dogs might eat more as they get older, while others may do the opposite. The sleeping habits of each breed, size, and health status are also different.

Dogs are adaptable to most situations. For example, a study of shelter dogs who slept less during the day due to the bustle and activity of a shelter revealed that they slept more deeply at night and awoke less frequently. These shelter dogs slept for 11 hours each day on average, roughly the same amount as other adult dogs.

However, adjusting to a hectic environment may have a cost. On the other hand, dogs who sleep more during the day were found in the same research to be calmer and seem happier, suggesting that determining whether your dog is sleeping well might be worthwhile.

There have been few studies into the signs of sleep deprivation in dogs. However, anecdotal information suggests that they might exhibit some of the symptoms of poor sleep in people, such as:

Sleep also appears to significantly influence a dog’s learning ability. According to one research, sleeping well after learning a new command increased the performance of dogs that were tested a week later.

Here is a list of tips on how you can make your dog’s sleep patterns more beneficial for them:

Dogs sleep for various amounts of time, depending on their age and breed. Puppies need more sleep than adult dogs, and senior dogs generally sleep more than other dogs. A dog may not be getting enough sleep, such as irritability and mood disturbances, which are a few signs. Some tips to help a dog sleep better include establishing a routine, having a comfortable bed, and making the sleeping area dark and quiet.