What are you looking for today?
Noise and Sleep

ASMR For Sleep – Can ASMR Help You Sleep Better? 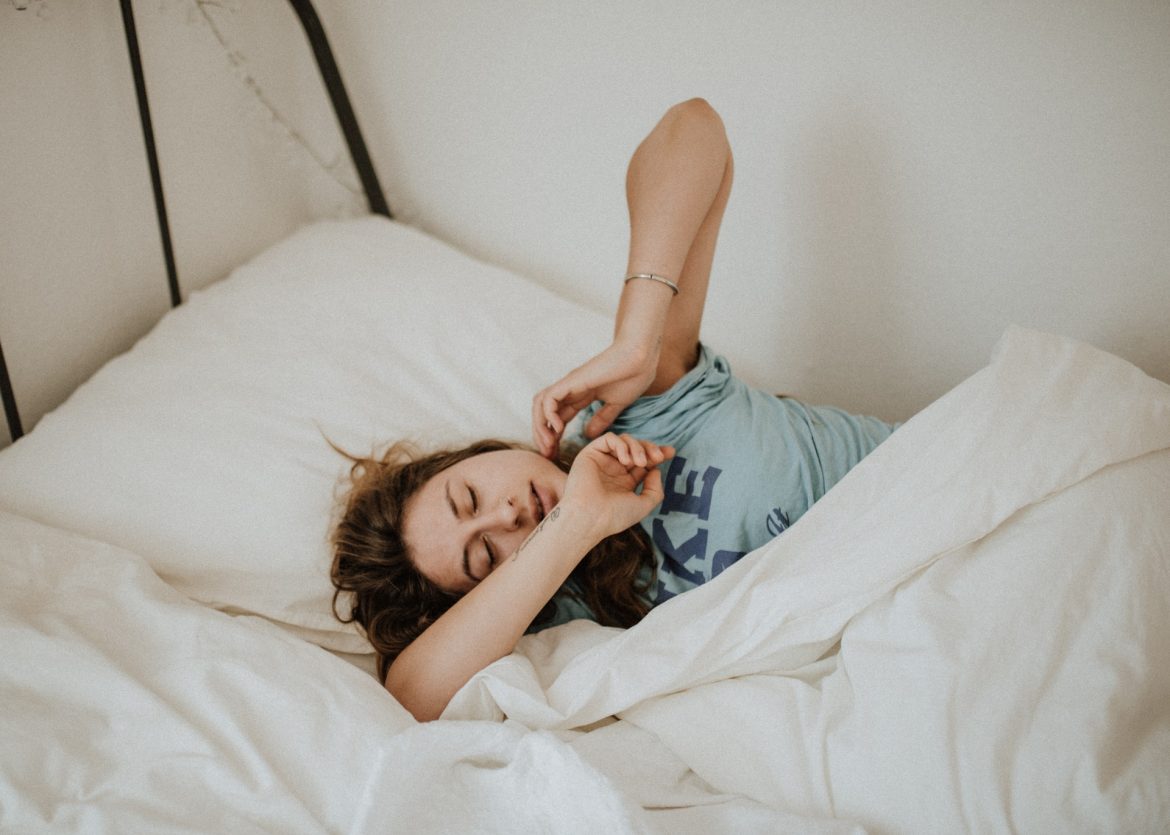 ASMR, which is Autonomous Sensory Meridian Response, describes the feeling of deep relaxation and pleasant tingling in response to quiet, crisp sounds. It was first described in 2010 by Jennifer Allen. Her goal was to meet people who felt respiratory pain as they relaxed. Since then, ASMR has gained a lot of advocates who say that ASMR helps them relax and sleep better. And although there aren’t many studies in this field, it seems that some of these claims can be correct.

This article may help you understand ASMR better so you can see if it might work for you and your sleep routine.

Not everyone can experience ASMR. However, in one study, 81% of participants reported having experienced tingly feelings in the past. Between the ages 5 and 10 is the time when most people experience ASMR, though some feel it for the first time later in life. Although ASMR is a newly recognized phenomenon, people have been experiencing it for a long time.

When Should Child Stop Napping?

Why does ASMR occur?

There’s no complete explanation for ASMR as the research is limited. However, researchers have hypotheses, and the study we have provides some intriguing evidence.

Researchers carried out fMRI brain scans on individuals with ASMR in one study. During periods of ASMR tingling, participants in the survey showed whole-brain activation, which is overall activity throughout the brain. Grooming activities were observed in non-human primates. Furthermore, there was a lot of activity in the brain region associated with self-awareness, social comprehension, and social behavior, such as grooming behaviors. The researchers surmised that it was a grooming response that had been retained through evolution since the effects of ASMR are comparable to those of primate social grooming.

The other possibility is that ASMR has its roots in the community and that it’s a social response. The emotions of comfort, relaxation, and sleepiness it fosters are all explained by this theory. Dopamine, oxytocin, and endorphins are three hormones that can produce these sentiments. It’s possible that it could explain why individuals who possess specific personality characteristics, such as being receptive to new experiences, have a higher chance of developing ASMR.

However, this theory may not be entirely accurate. While most individuals who experience ASMR report relaxing, it also appears to stimulate more excitement and non-sexual physiological arousal. Complex emotions such as nostalgia may be both good and terrible, and ASMR may be a complex reaction that is simultaneously soothing and exciting. Brain connectivity may also play a role in ASMR. According to one research, people who have experienced it had less functional connectivity and unusual connectivity in some regions of their brains.

How Much Should Babies and Kids Sleep?

71% of people experiencing ASMR noticed that it helped improve mental functioning and concentration. Many of those reporting chronic pain are using ASMR video as it helps reduce pain. ASMR researchers are particularly interested in ASMR interaction with mindful awareness. ASMR will help treat mental conditions, but studies are required to determine the role this drug might play in sleeping aids. It could be possible that ASMR has a relationship with mindfulness meditation.

There has been little study of ASMR’s potential uses outside of relaxation. However, researchers see the potential in helping people with depression or anxiety. According to reports from 80% of people who experience ASMR, the sensation had a favorable impact on their mood. The benefits were observed for several hours after exposure to ASMR media. Suppose these personal experiences are authentic, and ASMR does provide verifiable emotional and physiological advantages. In that case, ASMR media may assist in treating mental illnesses. However, further study is required to arrive at any conclusions.

According to certain studies, some individuals who use ASMR media report that ASMR videos and sound clips can assist them in managing chronic pain. Although just 41% of people who used ASMR media with chronic pain said, it helped decrease their discomfort, those who did reported benefits that lasted up to three hours after watching the video.

ASMR is being investigated for its relationship to mindfulness, which entails focusing on the present moment without judgment. Mindfulness and meditation have gained popularity due to their usefulness in reducing stress, improving sleep, and increasing coping with chronic pain. In addition, people who experience ASMR are more attentive than others, raising the possibility that ASMR is related to mindfulness.

How Noise Can Affect Your Sleep

Generally speaking, ASMR helps relieve insomnia, helps calm you down, and may help you fall asleep when there are occasional sleep issues. One study conducted in 2015 in a broad sampling of 475 members has shown an increase in ASMR for relaxation.

Eighty percent of people use it for sleeping and 70 percent when coping with stressed issues. Many of those participating added additional observations; some included remarks about their usage for matters not addressed by alternative interventions, which may consist of medical intervention but may have been unsuccessful.

Can ASMR help you sleep?

There is very little research on the advantages of ASMR for sleep or sleep issues. However, plenty of anecdotal reports and existing studies support the notion that it may assist some people in sleeping better. ASMR activates the brain regions corresponding to relaxation-producing hormones, such as oxytocin and dopamine.

Most people who use videos or sound files to induce ASMR (82 percent) use ASMR to aid in sleep. Overall, relaxation is the most frequent reason for using ASMR media. At the same time, it’s the second most prevalent cause among those who employ it. The most common time to use ASMR media, according to one research, is before going to sleep. Only 6% preferred using ASMR media before noon.

Another research team investigated the use of ASMR as a sleep aid by combining it with binaural tones. This auditory stimulus is supposed to modify brainwave patterns. While this combination appeared beneficial, there are no comparable studies based on ASMR alone.

How to Use ASMR for Sleep?

AMR is used for waking up a little and has some uses. When trying different video sequences, you’ll know how triggers work best. If not avoided with good sleeping habits and proper sleep hygiene, ASMR can arguably reduce fatigue levels. Remember ASMR. Combining massage and relaxation can combine these two ways. They were relaxing after lying in bed. Trying different videos or recording techniques as the trigger for your needs can improve how you use ASMR. Most people prefer Stereo headphones because they offer better sound depth.

ASMR is unique to each individual. Therefore, a video or sound file that activates a response in one person may not work for another. As a result, individuals have various options for using ASMR as sleep aids.

Not everyone experiences ASMR, so determining whether or not you can be your first step. ASMR videos are widely available on the internet, with various triggers to choose from. If ASMR works for you, trying out multiple movies or sound clips might help you determine what causes discomfort for you and relieve it.

When it comes to ASMR, most individuals want a peaceful, calm atmosphere. The majority also prefer stereo headphones because they provide a richer soundscape. However, standard headphones may be unpleasant to wear while sleeping. Therefore people who utilize ASMR to fall asleep might wish to invest in a pair of sleep headphones that lay flat against the head.

This article has provided ASMR and sleep information. ASMR can help with sleep issues by lowering the fatigue level. ASMR is unique to each individual, ASMR is used in different ways, ASMR is popular before going to bed, ASMR for sleep may be good if you use it in the right way. ASMR has not been researched a lot; ASMR combined with other things might work better. ASMR is available to anyone who looks for it on the internet, and most people prefer ASMR in peace and calmness. ASMR can be used with different headphones that fit well on the head. ASMR might help some people sleep better at night.